This tab is for the second intro solo in One by Metallica.

Metallica was formed in Los Angeles in 1981. This song was released on the ...And Justice for All album in 1988. The song is based on a novel, "Johnny Got His Gun", in which a soldier is badly wounded when he stepped on a land mine in World War I. It is among Metallica's most famous songs and a favorite of guitar players everywhere.

Here is the tab: 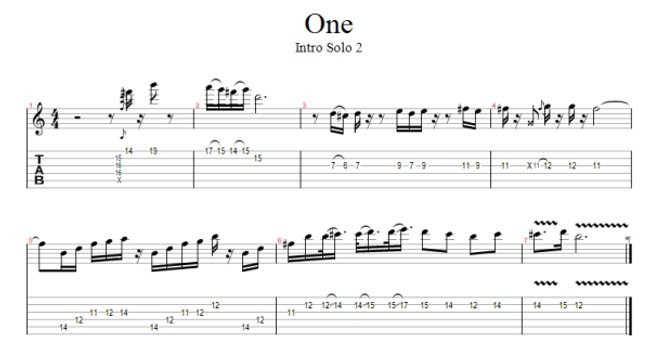 Leave "One" and Go To Free Guitar Licks Home