This is Kashmir by Led Zeppelin. The tab is for the intro only.
About This Song It is from Led Zeppelin's sixth album "Physical Graffiti", released in 1975. It was written by Jimmy Page and Robert Plant. The song includes many distinctive musical patterns of classical Moroccan, Indian and Middle Eastern music, probably due to Page's interest in the Sitar. This is one of the few Led Zeppelin songs to use outside musicians, as session players were brought in for the string and horn sections. Rolling Stone's "The 500 Greatest Songs of All Time" ranked this song at number 141.

Remember that this song uses Open Dsus4 Tuning (D A D G A D). If you want to learn more about this tuning, you can find tuning hints and an explanation at Alternate Guitar Tuning Click on the right arrow to hear it.

Click on the image for a printable PDF version. 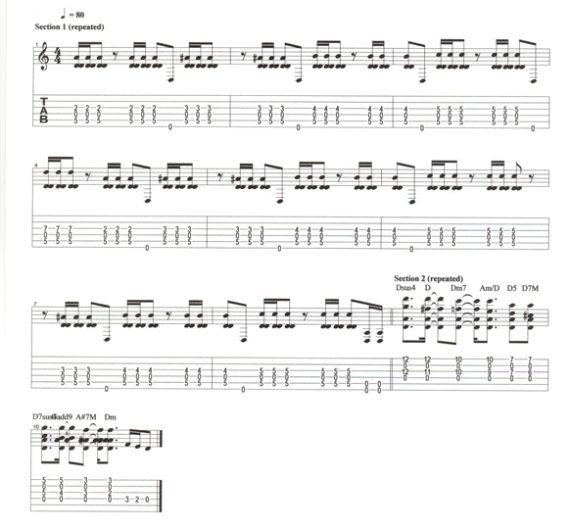