Aerials (Intro)
System of a Down

This is Aerials by System of a Down. The tab is for the Intro Riff only.
About This Song This song was released in 2002 from the album "Toxicity" by System of a Down. It reached #1 on both the Billboard Hot Mainstream Rock Tracks and Hot Modern Rock Tracks charts. It also received a Grammy nomination for Best Hard Rock Performance in 2003. System of a Down members are: John Dolmayan,Ontronik Khachaturian, Daron Malakian, Shavo Odadjian,and Serj Tankian. Serj Tankian plays rhythm guitar when the song is played live.
Remember that this song uses Drop C Tuning (C G C F A D) Click on the right arrow of the player to hear it. Click on the image for a Printable PDF version 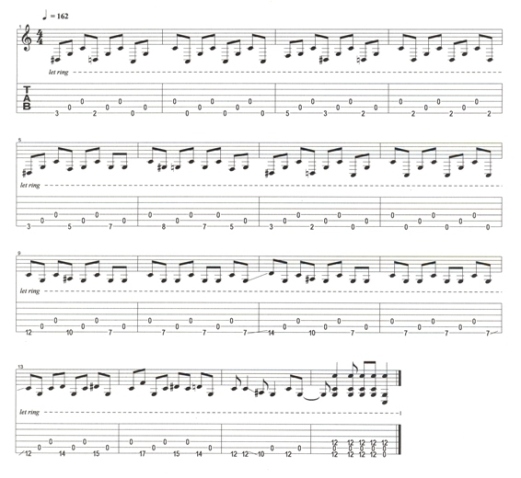